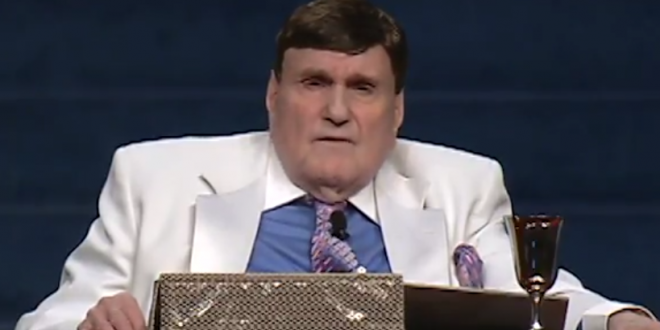 Over the following years, Miller claims that Angley would “frequently” ask him about his sex life and his body. He also alleges that he was invited to Angley’s home for a “special annointing,” where he was massaged by Angley while naked. That occurred “at least a dozen times.”

Earlier this year Angley was sued for pressuring congregants to work for free at his for-profit restaurant, telling them they would be “blaspheming against the Holy Ghost” if they refused. Hit the link for more.

Previous Trump Says He’ll Terminate NAFTA, Threatens Canada
Next McCain Spox: Trump Will Not Be At The Funeral