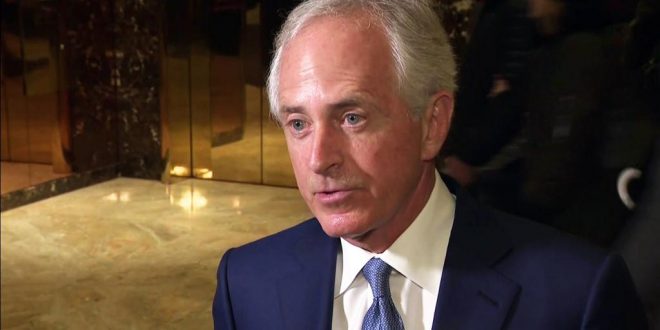 Sen. Bob Corker (R-TN) slammed the “tyranny” of talk radio show hosts for the impending government shutdown. “Do we succumb to tyranny of talk radio hosts?” Corker wondered aloud to reporters, according to CNN’s Manu Raju and other reporters who heard the remark.

“We have two talk radio hosts who influenced the President,” he added. “That’s tyranny, isn’t it?” It’s unclear wh0 exactly Corker meant to single out: Rush Limbaugh and Ann Coulter both raged at Trump on Wednesday for initially appearing to back away from his demand for border wall funding.