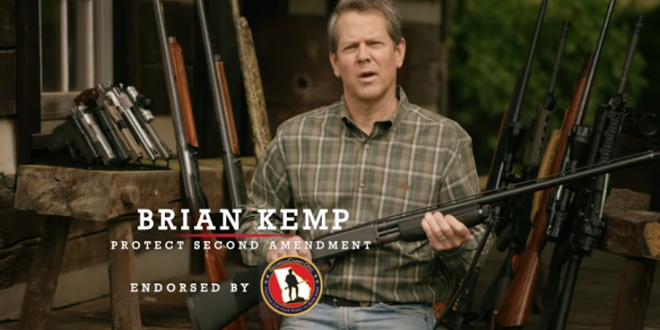 GEORGIA: GOP Official (And Gov Candidate) Blocks 53,000 From Registering To Vote, Most Of Them Black

Georgia Secretary of State Brian Kemp’s (R) office is blocking 53,000 people from registering to vote, according to records obtained by the Associated Press, a huge number that could sway his gubernatorial race against Democrat Stacey Abrams.

Kemp has used a controversial “exact match” program to block voter registrations that disproportionately impacts minority voters. The secretary of state has waged a years-long battle against voting rights groups in the state, regularly going after minority voter registration efforts, while purging voting rolls and making it harder for many people to vote.

This figure shows how much impact that could have. Georgia Gov. Nathan Deal’s (R) 8-point reelection margin in 2014 was just 200,000 votes total.