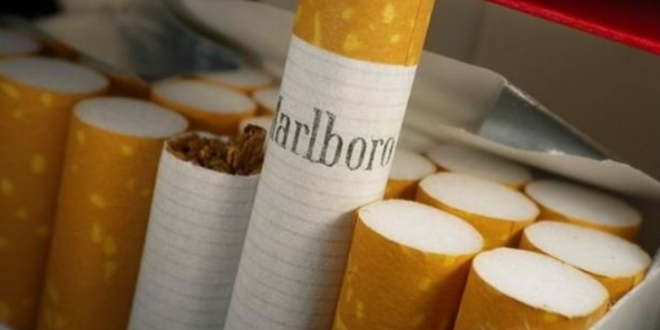 Aphria, a Canadian-based cannabis producer, rallied more than 16% Wednesday after a report said that Altria, the maker of Marlboro cigarettes, was in talks to buy a minority stake in the company, the Globe & Mail reported, citing unidentified people familiar with the matter.

According to the Globe & Mail, Altria has expressed an interest in acquiring a minority stake — with the intention of eventually holding a majority of Aphria’s shares — but details of the proposed investment are still being finalized, and talks could still fall through.

The maker of Corona beer has already taken a $4B stake in another Canadian pot company and Coca-Cola is in talks to create a “cannabis-infused” line of drinks that won’t actually get you high.

Previous Washington Post: Almost Every Sentence Of Trump’s USA Today Op-Ed Was Misleading Or Contained A Lie
Next GEORGIA: GOP Official (And Gov Candidate) Blocks 53,000 From Registering To Vote, Most Of Them Black