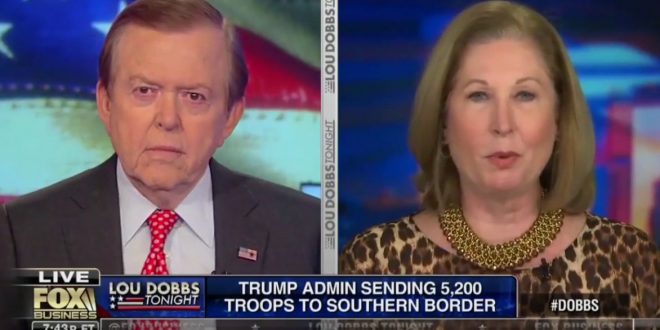 In a Monday night Lou Dobbs Tonight discussion on the migrant caravan, conservative pundit Sidney Powell made the baseless claim that those headed for the U.S. Southern border are carrying diseases that cause the spread of “polio-like paralysis.”

“We simply cannot tolerate continued invasion of this country when Americans suffer every day, national debt is exploding, we have diseases spreading that are causing polio-like paralysis of our children,” Powell said.

As you’ll see in the video, Dobbs gently pushed back, saying, “I don’t know if that’s fair.”