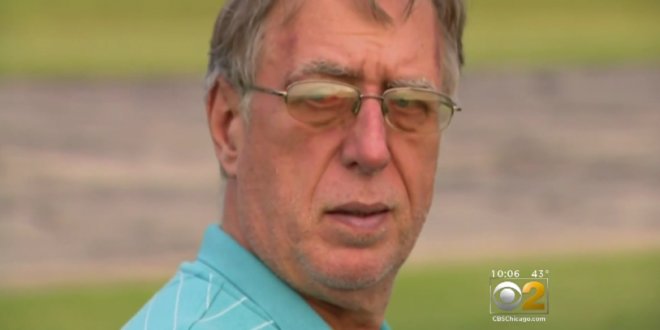 A Northwest Indiana priest failed to adhere to (at least) one of the Catholic Church’s ’10 Commandments’–‘Thou Shalt Not Lie’–after accusations surfaced that he made up a story about being attacked at the altar in August. Father Basil Hutsko of Saint Michael Byzantine, a Catholic church in Merrillville, has been placed on administrative leave following allegations that he lied about being the victim of a hate crime.

Father Hutsko, who has since been accused of sexual abuse, claimed he was attacked on the same day Pope Francis issued a letter to Catholics around the world condemning priestly sexual abuse and cover-ups in response to a grand jury report that publicly named more than 300 “predator priests” who allegedly molested more than 1,000 children in six Pennsylvania dioceses.

An August statement attributed to the chancery which was widely shared on Facebook said Fr. Hutsko “was attacked and knocked unconscious” in the altar server’s sacristy at his parish after celebrating the Divine Liturgy.

That statement said the priest was choked and his head slammed to the ground, making him lose consciousness. According to the statement, the attacker said, “This is for all the kids.” Fr. Hutsko, 64, was serving as pastor of St. Michael parish in Merrillville, Ind., immediately south of Gary.

The August statement was signed by Fr. Thomas J. Loya, who is pastor of Annunciation Byzantine Catholic Church in Homer Glen, Ill. Jeff Rice, spokesman for the Merrillville police, told the Chicago Tribune Fr. Hutsko had been “definitely bruised and banged up.” The police department alerted the FBI about the supposed incident.

Hutsko is accused of sexually assaulting an underage girl in 1983, something the church has reportedly known about since 2004.