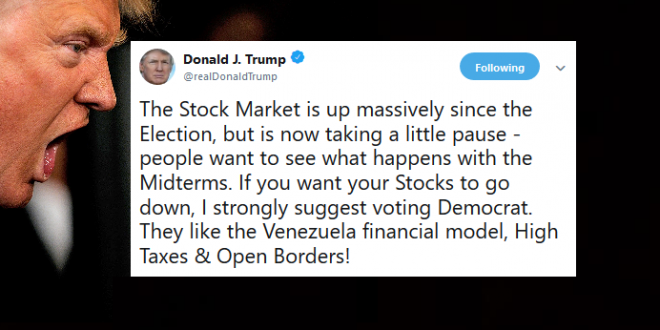 President Donald Trump on Tuesday claimed that the stock market was taking a “little pause” amid anticipation for next week’s midterm elections.

After rising more than 350 points Monday morning, the Dow Jones industrial average took a 566-point plunge before closing down after Bloomberg reported that the administration was readying to announce a fresh round of tariffs on China if trade talks were unsuccessful.

Trump has repeatedly touted the strong economy he largely inherited in his midterm messaging, claiming that his presidency has been a boon to investors and businesses.

Below is his newest ad.