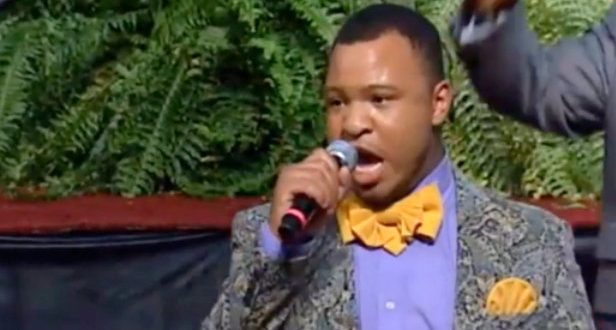 Alleged Ex-Gay Andrew Caldwell Says He’s Still Delivert: “Now I Get Hard For Women, I Don’t Get Hard For Men”

Some four years after famously proclaiming himself “delivert” from homosexuality at a church service, internet sensation Andrew Caldwell insists that he has been set free from his same-sex desires and now has a girlfriend.

“Now I get hard for women. I don’t get hard for men. Ain’t nothing wrong with a flirtation but I’m still delivered,” he declared in a recent interview with BET.

In 2014 at the 107th Holy Convocation of the Church of God in Christ in St. Louis, Missouri, Caldwell famously testified: “I’m not gay no more. I am delivert! I don’t like mens no more. I said I like women. Women, women, women, women!”

Bet you didn’t expect that first quote to appear in something like the Christian Post. Last year Caldwell was sued by former NFL star Kordell Stewart after alleging an affair between them.

Previous Trump Calls On DOJ To Investigate Op-Ed Author
Next Jim Bakker: The Prophets Have Foreseen A Major Crisis Before Xmas, So Buy My Slop Buckets Today [VIDEO]