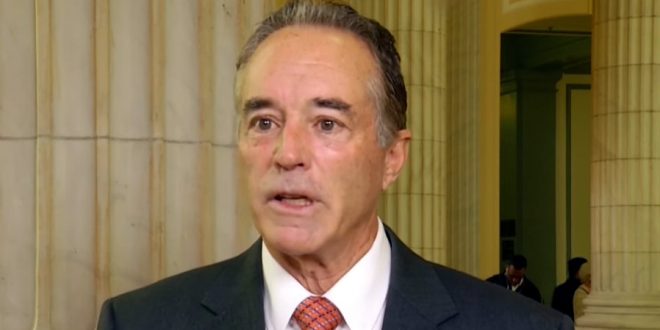 Rep. Chris Collins, one of President Donald Trump’s earliest backers in Congress, suspended his campaign on Saturday, in the wake of insider trading allegations that resulted in his dramatic arrest this week. In a statement, the embattled New York Republican who represents the state’s 27th Congressional district said that “after extensive discussions with my family and my friends over the last few days, I have decided that it is in the best interests of the constituents of NY-27, the Republican Party and President Trump’s agenda for me to suspend my campaign for re-election to Congress.”

Under New York law, Collins’ name can be supplanted on the ballot at this stage of the cycle only if he dies, moves out of state or is nominated for another office — like a judgeship. According to Erie County GOP Chairman Nick Langworthy, the exact mechanisms are still being worked out, but he noted Collins owns houses in Florida and Washington, D.C.

“At this point, he has decided it’s a distraction focusing on his legal situation,” Langworthy said. “It was a distraction for us trying to retain the seat as conservative and Republican leadership. So, I think it was the best decision given the circumstances, and I wish him and his family the best.”