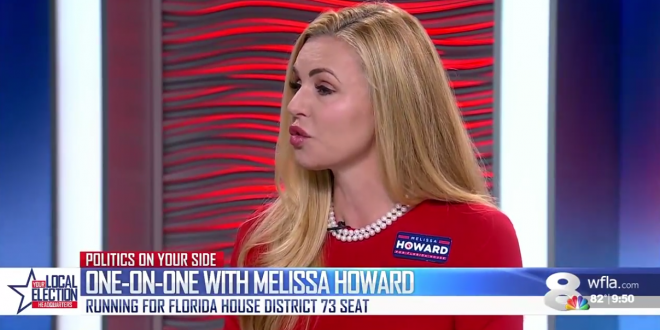 FLORIDA: GOP Diploma Liar Drops Out After All

A day after saying she planned to continue running for a state House seat despite revelations that she lied about having a degree from Miami University and went to great lengths to deceive people, Melissa Howard reversed course Tuesday and dropped out of a contest that has received national attention.

Howard said in a text message to the Herald-Tribune that “I have come to the realization that the right thing to do for my community is to withdraw from the race. I will do so today. I made a terrible error in judgement.” Howard added, “I am thankful for everyone who gave so much toward my success, and I am deeply sorry.”

Howard’s announcement brings to an end one of the more bizarre chapters in Southwest Florida politics and brings relief to many local Republicans who worried her campaign was embarrassing the local party and making it a national laughingstock.

Melissa Howard, a #Republican candidate for the Florida House, lied about having a college degree and posed with a fake diploma after a news outlet questioned her credentials: https://t.co/HkQKq7va3K pic.twitter.com/wjmXu58QTu