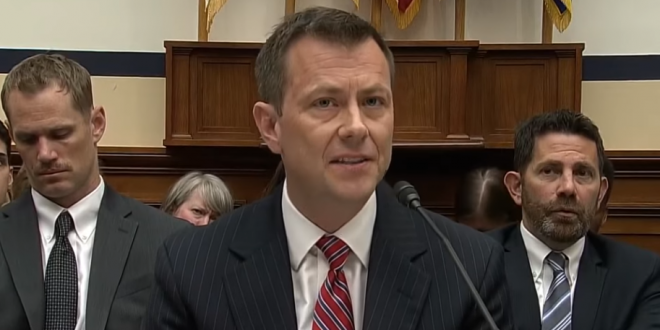 Who says sending anti-Trump texts to your girlfriend doesn’t pay? Sure, such texts cost Peter Strzok his 22-year career with the FBI, but they also seem to have garnered the former agent a lot of support – enough to raise more than $300,000 for his legal expenses in one day on a GoFundMe page.

The page, launched Monday by “Friends Of Special Agent Peter Strzok,” initally sought $150,000 to be “put into a trust dedicated to covering Pete’s hefty – and growing – legal costs and his lost income.” But that sum was reached so quickly, the target amount was later raised to $350,000.

Previous Catholic League: Pennsylvania Pedophile Priests Probe Is A “Scam” Because Other Religions Were Ignored
Next FLORIDA: GOP Diploma Liar Drops Out After All