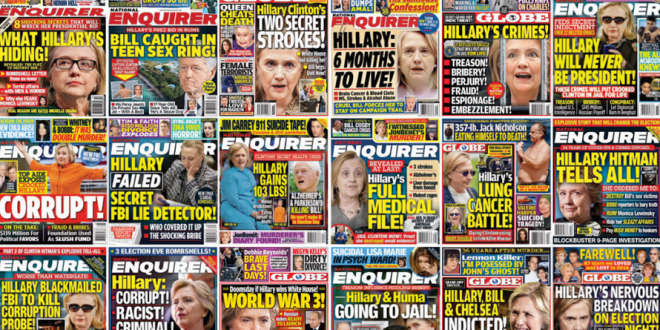 Chelsea Clinton Mocks Pecker’s Front Pages: I Missed Them All, Including The One About My Alien Sibling

Former first daughter Chelsea Clinton mocked the National Enquirer’s coverage of her mother Hillary Clinton in a tweet Thursday afternoon, joking that she must have “missed” all the health scares the tabloid alleges Hillary Clinton has suffered. Responding to a Quartz reporter’s tweet showing a photo spread of Enquirer covers featuring the former secretary of state, Chelsea Clinton wrote that she was thankful for her mother’s enduring health and “grit.”

I’d missed the lung cancer cover, the stroke story, the one about my mom @HillaryClinton’s hitman (possibly my missing alien sibling?!) and goodness, I think all of them actually. As always, thankful for my mom’s enduring health, grace, grit & goodness. https://t.co/1uCF21iPvt