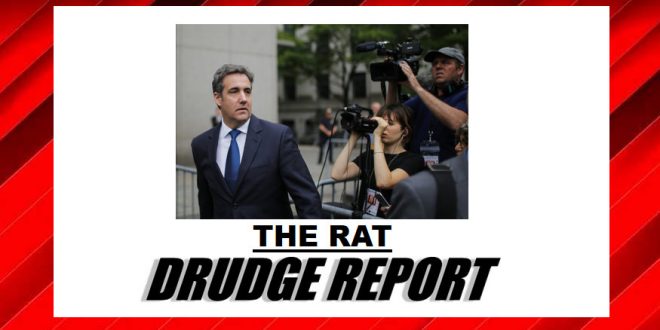 The conservative Drudge Report on Wednesday labelled Michael Cohen “the rat” after the release of a secretly recorded conversation between President Trump and his former personal attorney.

The banner headline on the website read “THE RAT” just hours after CNN aired the conversation between Trump and Cohen about buying the rights to a former Playboy model’s story about her alleged affair with Trump a decade ago.

The Drudge Report headline links to a Daily Mail story about Trump’s tweet Wednesday morning responding to the tape’s release. “What kind of a lawyer would tape a client? So sad!” the president tweeted.