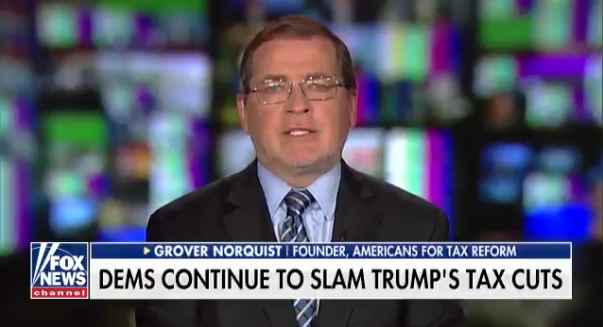 Fox Guest: Americans Don’t Realize They’ve Benefited From The Tax Cuts Because They Have Direct Deposit

“Some polls suggest that a number of Americans are unaware that they’re keeping more money. One of the reasons for that is 83 percent of Americans have direct deposit, so they never look at their paycheck, because their pay goes straight to the bank. And it’s nice, you don’t have to go to the bank and drop off your paycheck and cash it every two weeks. But, it pays to go take a look at your bank account, and we saw in May an increase in consumer spending.

“We think — the economists think, because people looked at their bank account and said I’ve more money than I thought I did, and they made different decisions. So, people are noticing the higher pay, but it took longer than you’d expect because of direct deposit.” – Right wing activist Grover Norquist, speaking today on Fox & Friends.

.@GroverNorquist: “90% of Americans pay lower taxes today because of the Republican tax cut – 90% of American taxpayers got a pay increase” pic.twitter.com/a522wnerAN