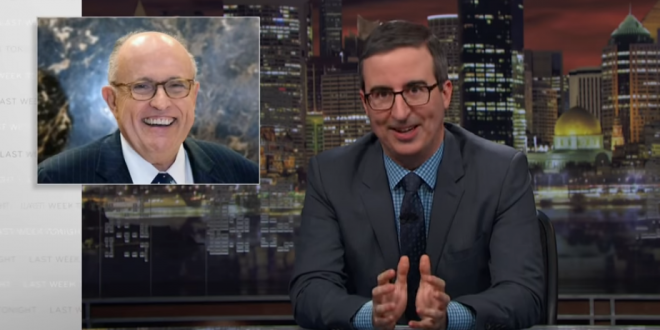 On the latest edition of Last Week Tonight, host John Oliver aimed the majority of his ire at Rudy Giuliani, who made headlines last week with a bizarre, eye-bulging appearance on Fox News. The comedian suggests Trump and Giuliani are more similar than people realize: “Think about it: They’re basically two versions of the same person. They’re both New Yorkers coasting on their reputations, they’ve both had three marriages, neither of them can shut up in front of a camera, and, perhaps most importantly, they both want to fuck Ivanka—which is weird for Trump because Ivanka is in his family, and is weird for Giuliani because she isn’t.”