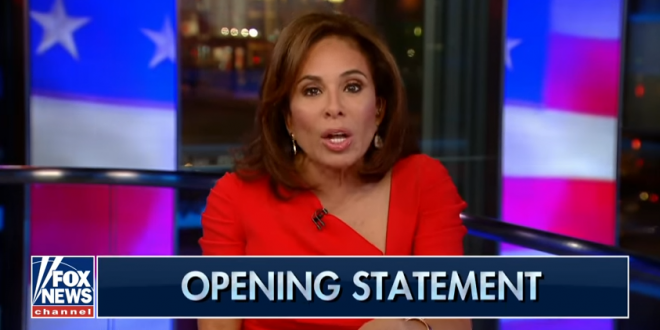 “Jeff Sessions has done nothing to make anyone responsible for the blatant corruption, the unmistakable perjury, the in-your-face obstruction of our laws that we’ve seen play out every day. He has fought the release of telling documents that will put an end to this horrible period in America’s political history. This man has done nothing to create confidence that wrongdoers will be accountable.

“He has done nothing to create confidence on the part of the American people on our system of justice. And with all the power and might of the Department of Justice behind him, he continues to do nothing. He refuses to take them out in cuffs. The man who has the honor to carry the prefix United States Attorney General before his name, Jeff Sessions, is indeed the most of dangerous man in America.” – Jeanine Pirro, on last night’s show.