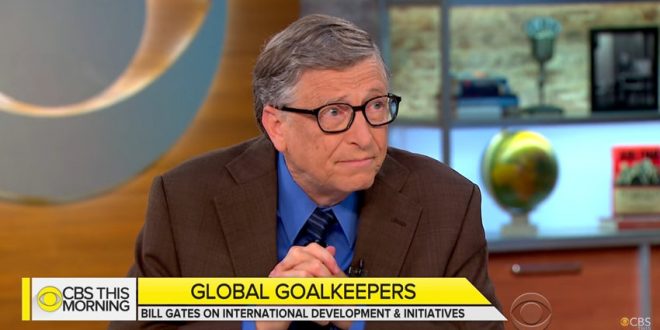 Bill Gates: Trump Asked Me At Two Separate Meetings If There Is A Difference Between HPV And HIV [VIDEO]

Bill Gates, the billionaire entrepreneur and philanthropist, has claimed Donald Trump twice asked him the difference between HIV and HPV and knew a “scary” amount about Gates’s daughter’s looks. The remarks were recorded at a recent Bill & Melinda Gates Foundation meeting, where Gates took questions from staff, according to MSNBC’s All in with Chris Hayes show, which broadcast the footage on Thursday.

Gates continued: “In both of those two meetings, he asked me if vaccines weren’t a bad thing because he was considering a commission to look into ill-effects of vaccines and somebody – I think it was Robert Kennedy Jr – was advising him that vaccines were causing bad things. And I said no, that’s a dead end, that would be a bad thing, don’t do that. Both times he wanted to know if there was a difference between HIV and HPV so I was able to explain that those are rarely confused with each other.”