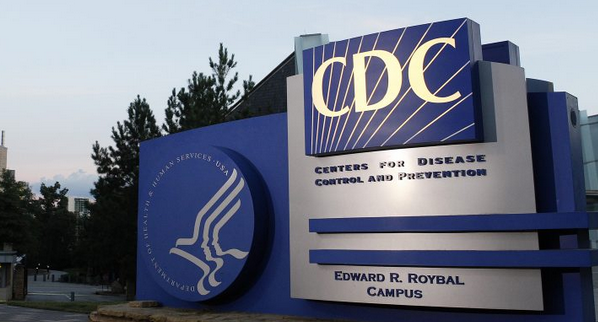 CDC To Roll Back Data Collection On LGBT Health

Via press release from the Williams Institute:

A Centers for Disease Control and Prevention (CDC) official disclosed that the agency will roll back support for the collection of data on the health and well-being of LGBT people through the Behavior Risk Factor Surveillance System (BRFSS).

“The BRFSS is one of the few federally-supported data collection activities that make the needs of LGBT people known to governmental agencies responsible for the safety, health and welfare of the public,” said Kerith J. Conron, the Research Director at the Williams Institute at UCLA School of Law. “By removing LGBT measures from the BRFSS, the federal government is shirking its responsibility to LGBT Americans.”

Today, at the conference of the American Association for Public Opinion Research in Denver, Colo., a CDC official disclosed that the BRFSS module on sexual orientation and gender identity that the CDC provides to states will no longer be included among BRFSS optional modules starting in 2019. The sexual orientation and gender identity module has been an optional module since 2014 and has been used by over 30 states and territories.

According to the CDC, “[The BRFSS] is the nation’s premier system of health-related telephone surveys that collect state data about U.S. residents regarding their health-related risk behaviors, chronic health conditions and use of preventive services.” The BRFSS is a federal-state partnership, and it “collects data in all 50 states as well as the District of Columbia and three U.S. territories. BRFSS completes more than 400,000 adult interviews each year, making it the largest continuously conducted health survey system in the world.”

Redfield’s early engagement with the AIDS epidemic in the US in the 1980s and 90s was controversial. As an Army major at Walter Reed Medical Institute, he designed policies for controlling the disease within the US military that involved placing infected personnel in quarantine and investigating their pasts to identify and track possible sexual partners. Soldiers were routinely discharged and left to die of AIDS, humiliated and jobless, often abandoned by their families.

In the 1980s Redfield worked closely with W. Shepherd Smith, Jr. and his Christian organization, Americans for a Sound AIDS/HIV Policy, or ASAP. The group maintained that AIDS was “God’s judgment” against homosexuals, spread in an America weakened by single-parent households and loss of family values.

Redfield wrote the introduction to a 1990 book, “Christians in the Age of AIDS,” co-written by Smith, in which he denounced distribution of sterile needles to drug users and condoms to sexually active adults, and described anti-discrimination programs as the efforts of “false prophets.”

In the early 1990’s, ASAP and Redfield also backed H.R. 2788, a House bill sponsored by deeply conservative Rep. William Dannemeyer (R-California). It would have subjected people with HIV to testing, loss of professional licenses and would have effectively quarantined them. (The bill died in Congress.)

My first report on Redfield is here.

Previous Giuliani Claims Mueller Has Limited Scope Of Trump Interview To Two Topics, Won’t Ask About Cohen
Next Bill Gates: Trump Asked Me At Two Separate Meetings If There Is A Difference Between HPV And HIV [VIDEO]