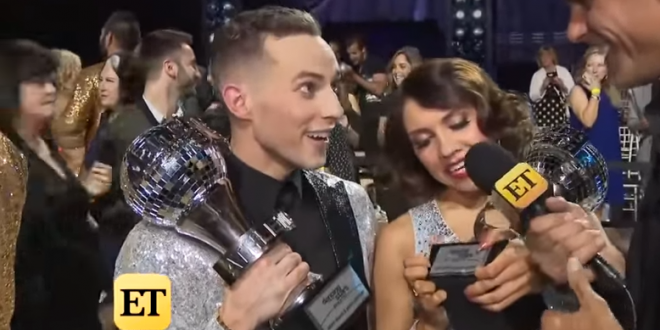 Adam Rippon continues to electrify and inspire — even without an Olympic Games or ice rink as his platform. After dazzling fans at the PyeongChang Winter Games earlier this year, the figure skater followed with a sensational performance on the dance floor in ABC’s “Dancing with the Stars” all-athletes edition over the past four weeks that was just as moving — and ended with him two spots higher on the podium.

In South Korea, he settled for a bronze medal on the ice. Monday night, he was the undisputed “Mirror Ball Trophy” winner, beating out Washington Redskins cornerback Josh Norman and retired figure skater Tonya Harding after dancing the fox trot and a freestyle number. “I think he was supposed to be a dancer,” said Rippon’s dance partner Jenna Johnson.