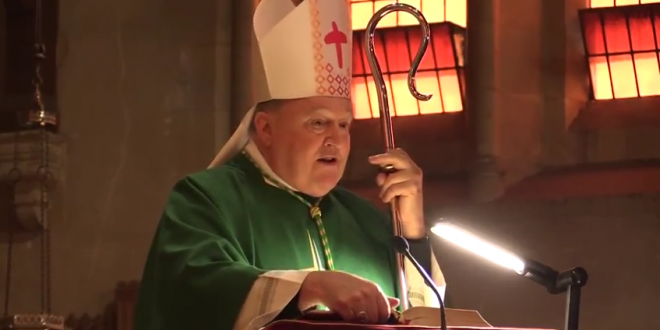 An Australian archbishop on Tuesday became the most senior Roman Catholic cleric in the world convicted of covering up child sex abuse in a test case that holds to account church hierarchy that kept silent in the face of an international pedophile crisis.

Magistrate Robert Stone handed down the verdict against Archbishop of Adelaide Philip Wilson in Newcastle Local Court, north of Sydney, following a magistrate-only trial. Wilson, 67, had pleaded not guilty to concealing a serious crime committed by another person — the sexual abuse of children by pedophile priest James Fletcher in the 1970s.

Wilson, who is suffering from the early stages of Alzheimer’s disease but maintains that medication has helped his memory, told the court last month during his trial that he could not remember Creigh and another altar boy telling him in 1976 that they were abused by Fletcher.

Australian Catholic Bishops Conference president, Archbishop Mark Coleridge, released a statement in response to the verdict on Tuesday and said it was not clear if Wilson would appeal.

“Archbishop Philip Wilson has today been found guilty of failing to inform police about allegations of child sexual abuse,” he said. “Archbishop Wilson maintained his innocence throughout this long judicial process.”

“The Catholic Church, like other institutions, has learned a great deal about the tragedy of child sexual abuse and has implemented stronger programs, policies and procedures to protect children and vulnerable adults.”

Wilson faces up to two years in prison.