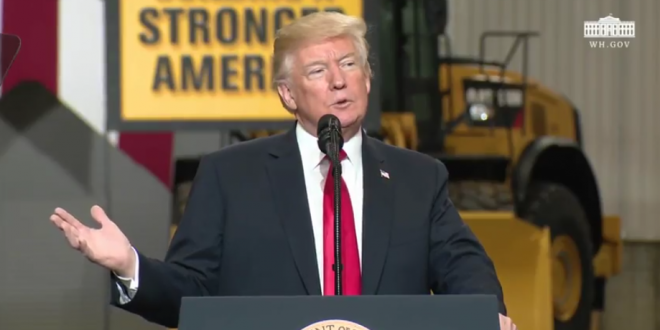 President Donald Trump is pivoting to infrastructure — again — on Thursday as he travels to Ohio to tout the economic benefits of his proposals to help rebuild and repair America’s ailing system. Trump will address a crowd of heavy-equipment operators, mechanics and engineers at a union training site in Richfield, Ohio, to put a spotlight on workers who would benefit from his $1.5 trillion spending proposal.

“Following on the success of tax reform, infrastructure is the next piece of the President’s successful economic agenda,” White House press secretary Sarah Sanders said Wednesday. “These workers represent the hardworking Americans across the country who will participate in the rebuilding of our nation’s infrastructure, sparked from the President’s vision, and it will definitely be worth tuning in to see the President lay out that vision.”