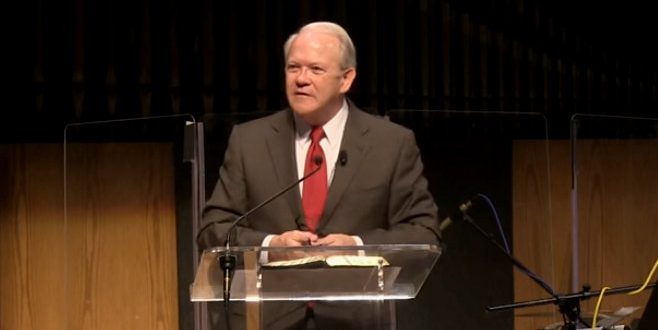 Frank Page, president and CEO of the Southern Baptist Convention’s Executive Committee, announced his immediate retirement in the wake of what he described as a “personal indiscretion.” Page, an author and frequent speaker in Baptist churches, served as president of the Southern Baptist Convention from 2006 to 2008. He issued a statement to the Baptist Press regarding his retirement. “It is with deep regret that I tender my resignation from the SBC Executive Committee and announce my retirement from active ministry, effective immediately. As a result of a personal failing, I have embarrassed my family, my Lord, myself, and the Kingdom.”

Page spoke with Executive Committee members via a phone conference Monday night and shared his plans to retire, said Florida pastor Stephen Rummage, the committee chairman, in a statement released through the Baptist Press. Rummage said Page revealed the relationship in a follow-up conversation with him on Tuesday. “Today, I spoke with Dr. Page and learned that his retirement announcement was precipitated by a morally inappropriate relationship in the recent past,” said Rummage, the senior pastor of Bell Shoals Baptist Church in Brandon, Florida.

The scandal was first reported by the Baptist Press and at this writing their website has crashed, likely due to heavy traffic.