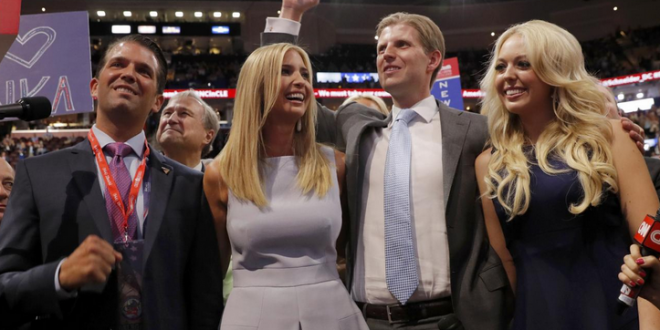 Trump Spawn To Attend State Of The Union Address

The White House announced Monday that all of President Trump’s children, except for his youngest son, will attend his first State of the Union address Tuesday.

“All of the president’s children, along with the first lady, will be at the State of the Union, with the exclusion of Barron. I don’t believe he will be attending as of right now,” White House press secretary Sarah Sanders told reporters.

The White House has also invited people benefiting from tax cuts, soldiers, and families whose loved ones were killed by illegal immigrants to sit in the first lady’s box with Melania Trump.

Previous Lara Trump: It’s Disgusting, Despicable, And Sad That Hillary Needed To Validate Herself On The Grammys
Next Conspiracy Nut GOP Rep Appears On Conspiracy Nut’s Show To Complain About Being Called A Conspiracy Nut