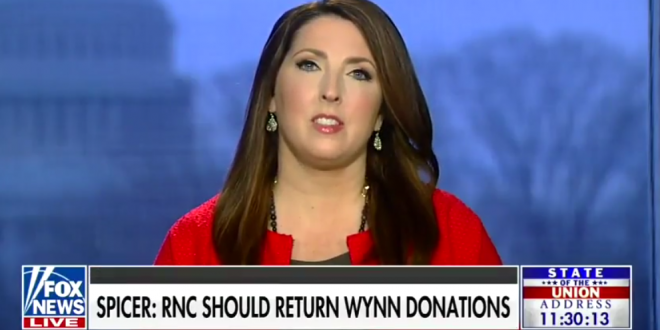 “The allegations in the Wall Street Journal were deeply troubling, but Steve has denied these allegations, unlike Harvey Weinstein and Al Franken and others. There is an investigation that will take place. He should be allowed due process and if he is found of any wrongdoing, we will absolutely return 100% of that money. But we’ll let due process take place.” – RNC chair Ronna Romney McDaniel after loudly demanding that Democrats immediately return every “dirty” penny given them by Harvey Weinstein.

During three-decades worth of sexual harassment allegations, Weinstein lined Democrat pockets with millions of dollars.

If the DNC truly stands up for women like they say they do, then returning Weinstein’s dirty money should be a no-brainer.

Previous Conway: Democrats Are Bound By “Reflexive Hate”
Next Actress Details Accusations Against Co-Star Scott Baio: He Fingered Me In His Car When I Was 14 [VIDEO]