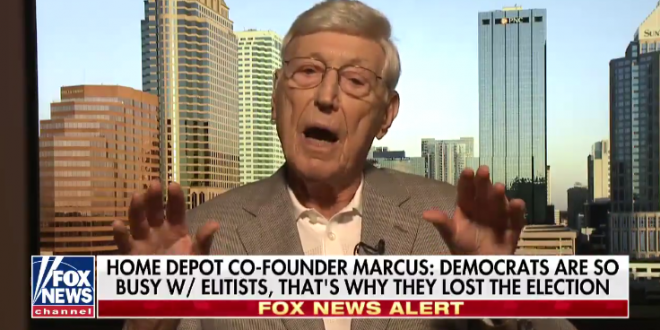 Appearing on Fox News, Home Depot co-founder Bernie Marcus took aim at Democratic leaders, telling host Neil Cavuto that derisive comments about the bonuses will come back to haunt Democrats as it paints them as elitist.

Marcus retired as Home Depot’s chairman in 2002 and is perhaps most well-known for declaring that any CEO that doesn’t oppose unions “should be shot.” His current net worth is estimated to be $3.4 billion.

.@HomeDepot co-founder Bernie Marcus: “Democrats, use your stupid brains. You don’t have any brains.” #Cavuto pic.twitter.com/HKkCx4FmCZ