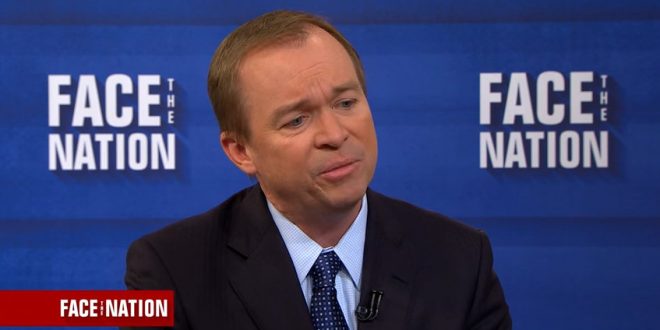 The Consumer Financial Protection Bureau is dropping a lawsuit against a group of payday lenders associated with an American Indian tribe in a sign the regulator is changing direction under Mick Mulvaney, the acting director appointed by the Trump administration.

The agency had accused the lenders of deceiving consumers and failing to disclose the true cost of the loans, which carried interest rates as high as 950 percent a year. The agency asked for the case in federal court in Kansas to be dismissed in a court filing on Thursday, giving no details about its reasoning.

The case, which was filed last year, shook the industry of online payday lenders associated with American Indian tribes. It’s a surprisingly big business that grew out of a loophole. Because payday loans are largely regulated at the state level, tribes can argue that the rules don’t apply to them. Regulators and consumer advocates say the loans, which are intended to be repaid quickly, can trap borrowers in cycles of costly debt that are difficult to escape.

RELATED: Last year when acting as Trump’s budget chief, Mulvaney defended cuts to Meals On Wheels, saying programs that provide meals to impoverished seniors and children “just don’t show any results.” Mulvaney is the co-founder of the House Freedom Caucus.

Previous Connecticut Gov. Dan Malloy: Trump’s Fake News Awards Are Out Of The Fascist Propaganda Playbook
Next REPORT: Stormy Daniels Once Claimed She Spanked Trump With A Copy Of Forbes (With Him On The Cover)