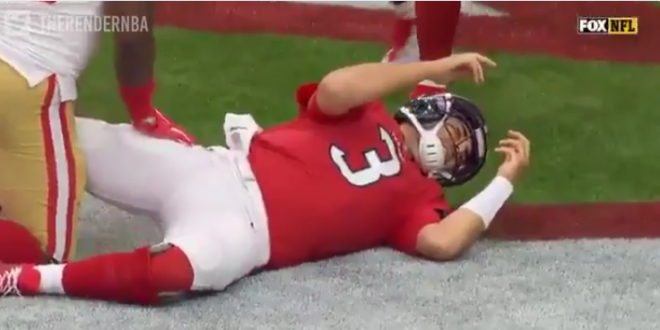 Tom Savage suffered a concussion against the 49ers that forced T.J. Yates to come in at quarterback. He would later be ruled out after further evaluation, but not before coming back into the game for a series, somehow, before doctors properly diagnosed him.

The handling of the incident is sure to bring questions. Savage was clearly hurt, and even displayed the “fencing response” which is commonly associated with head trauma injuries. After the game, CBS reported that the NFL’s chief medical officer, Dr. Allen Sills, will be talking to the team and looking into the incident.

Tom Savage hits head on ground, appears to have seizure while ref looks on, comes back in the game 5 minutes later. pic.twitter.com/gW9lYxDIwQ