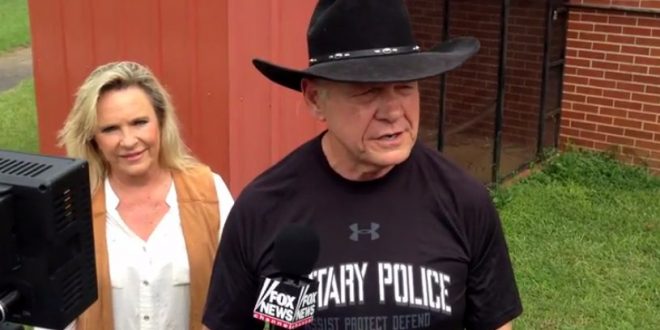 The Foundation for Moral Law, a Montgomery-based nonprofit corporation dedicated to the acknowledgement of God and the strict interpretation of the Constitution as understood by its Framers, strongly criticized today’s decision by Federal District Court Judge Colleen Kollar-Kotelly that invalidated President Trump’s ban on transgender persons serving in the United States armed forces.

Responding to a lawsuit brought by so-called transgender military personnel and persons in training programs to enter the military, Judge Kollar-Kotelly granted a preliminary injunction on the ground that the plaintiffs had shown a substantial likelihood that the ban violated their right to equal protection of the laws. The effect of the preliminary injunction is that the military may not discharge or deny entrance to transgender persons. The order stopped short of requiring the military to provide transgender surgery. The Trump administration is studying Judge Kollar-Kotelly’s order to determine its next move.

Foundation President Kayla Moore noted that the Foundation had previously praised the President for rescinding the Obama administration’s plans to allow transgender persons in the military. She denounced the federal court order: “As the wife of a West Point graduate and Vietnam Veteran, I am appalled that Judge Kollar-Kotelly would use her office to force transgenderism upon the United States armed forces. The military is not a place for social experimentation; it is to be a fit fighting force that wins our nation’s wars. This is one more Obama policy that the voters repudiated last November, but now a federal judge won’t let President Trump change it.”

Foundation Senior Counsel John Eidsmoe, a retired Air Force Judge Advocate, added: “It is the height of judicial arrogance and activism for an unelected federal judge with no military experience to substitute her judgment for that of the President and his military advisors on a novel and controversial issue that is not even mentioned in the United States Constitution. The Foundation hopes the Trump Administration will appeal this decision and will support the appeal in any way we can.”

The Foundation For Moral Law openly advocates for replacing the federal government with a Christian theocracy based on “biblical law.”