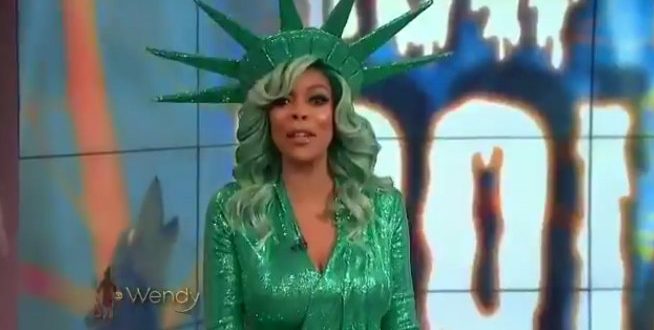 Wendy Williams passed out during the Halloween episode of her talk show on Tuesday morning. The 53-year-old host was dressed in costume as the Statue of Liberty and as she was speaking to the audience her speech started slowing down and she stumbled before falling to the ground.

Video shows members of her staff running to her aid. After a commercial break, she told the audience: “That was not a stunt. I overheated in my costume. I passed out. I’m a champ and I’m back.” The FDNY responded to a call for a medical episode around 10:30 a.m. at 221 W. 26th St, which is the address of her studio.

Many of Williams’ fans are expressing concern on social media that the episode may have been a stroke.