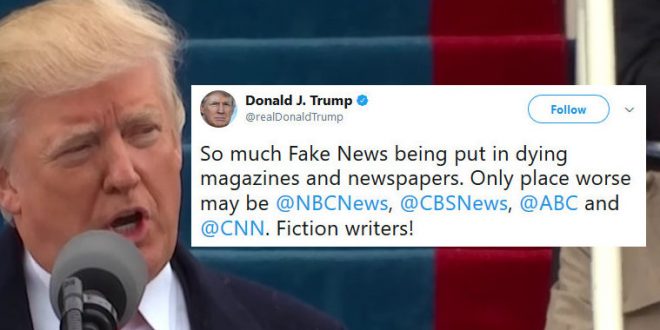 President Donald Trump took to Twitter late Tuesday afternoon to complain about “fiction writers” at cable networks and “dying magazines and newspapers.” He also preemptively shifted blame to Democrats for “any rise in ObamaCare premiums.”

It was unclear whether Trump was referring to any particular report of a number published recently that seemed likely to draw his ire. The New Yorker on Tuesday said it stands by a report that Trump joked that Vice President Mike Pence wants to “hang” all gay people and mocked Pence for his religious observance, despite the White House’s denial.

So much Fake News being put in dying magazines and newspapers. Only place worse may be @NBCNews, @CBSNews, @ABC and @CNN. Fiction writers!

Any increase in ObamaCare premiums is the fault of the Democrats for giving us a “product” that never had a chance of working.