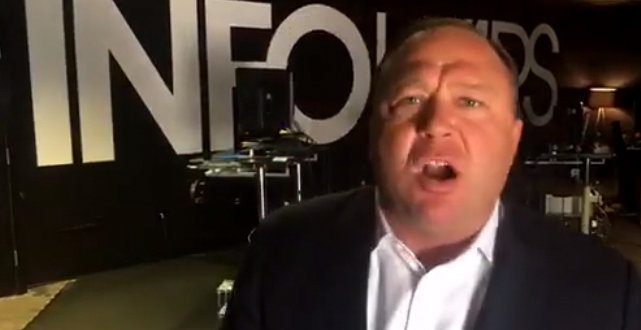 Alex Jones: Charlottesville Was A False Flag Run By SPLC Operatives Who Hired Actors To Pose As Nazis

“So they advertise and they have a ‘unite the right – don’t be racist’ rally and of course these guys with torches come and you look them up and most of them are actors, you can even look up their names. They’re Democratic Party operatives. They’ve been caught painting swastikas on black people’s places and burning crosses and they always get caught.

“So I look at the ‘white nationalists’ last night that were leaving this deal, I mean they’re straight out of Hollywood with their little white shirts and their Hitler haircuts. I mean, some of them you track and it comes out they are Southern Poverty Law Center operatives. I mean, they RAN the Oklahoma City bombing. That came out in court documents.” – Alex Jones, in a nearly hour-long rant that concludes with a lengthy pitch for his crackpot supplements.