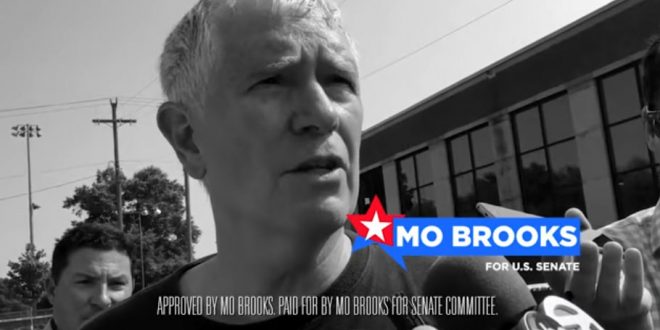 An Alabama congressman running for Attorney General Jeff Session’s open Senate seat is facing criticism for a campaign ad that includes audio of the June shooting of a Louisiana lawmaker in a Virginia ball field.

Scalise’s office responded to the ad in a short statement. “I guess some people have their own ideas about what’s appropriate,” said Chris Bond, spokesman for Scalise, told NBC News. Brett Horton, Scalise’s chief of staff, tweeted that the ad “makes my stomach churn.”

Brooks is the first candidate to run an ad about the shooting through his own campaign. In June, however, the little-known Principled PAC made an attention-grabbing spot that attempted to link the shooting of Scalise, carried out by a man who had supported left-wing candidates for office, to Georgia’s 6th District Democratic candidate Jon Ossoff.

Several other Republican campaigns have embraced an argument that opposition to the president is irrational and tied to a dangerous agenda. Brooks, who has been attacked by a Republican super PAC for having criticized Trump in 2016, is the first candidate to directly tie the left to political violence.