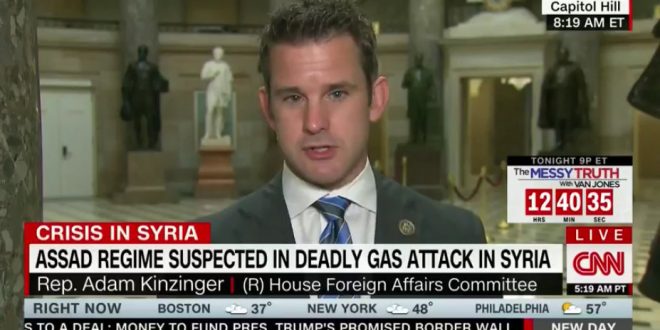 Rep. Adam Kinzinger of Illinois condemned the United States government’s lack of action in response to the Syrian government’s alleged use of chemical weapons. Near the end of the interview, anchor Alisyn Camerota played a clip from 7-year-old Syrian refugee Bana Alabed, who called for an end to the war so, “the children of Syria [can] play and go to school.”

“So I’m ashamed of our government’s actions so far, and inaction. I wish I had the ability to move forces to do what needs to be done,” the congressman said in response. Kinzinger added, “we need more people to pay attention and get past our fear of action because of what we felt the wars have been like in the past.”