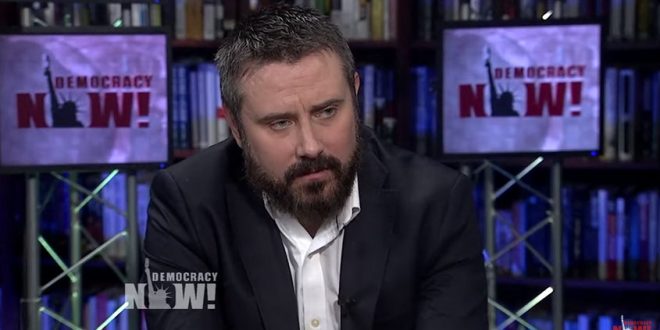 Journalist Jeremy Scahill, a frequent guest of Real Time with Bill Maher, has canceled his appearance set for this Friday in protest of the show’s booking of Milo Yiannopoulos, the controversial Breitbart News editor who Scahill says will use the HBO platform to “legitimize his hateful agenda.”

Real Time has replaced Scahill with Malcolm Nance, author of The Plot to Hack America: How Putin’s Cyberspies and WikiLeaks Tried to Steal the 2016 Election. Yiannopoulos is set to appear as the top-of-show guest, a one-on-one segment with Maher, and so won’t share the stage or debate with other guests.

Scahill, who founded the self-described adversarial journalism site The Intercept, announced his exit via social media this afternoon. Scahill charges that Yiannopoulos’ appearance could “incite violence against immigrants, transgender people, and others. “My comments on Islam have never veered into vitriol. Liberals will continue to lose elections as long as they follow the example of people like Mr. Scahill who’s views veer into fantasy and away from bedrock liberal principles like equality of women, respect for minorities, separation of religion and state, and free speech. If Mr. Yiannopoulos is indeed the monster Scahill claims – and he might be – nothing could serve the liberal cause better than having him exposed on Friday night.”