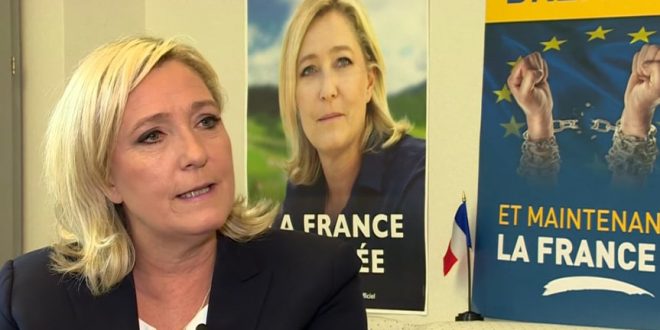 Marine Le Pen is planning to abolish same-sex marriage if she wins the French election. The French presidential hopeful made the pledge as part of her 144-page Projet Présidentiels plan. Point 87 on her list states she wants to improve civil unions to ‘replace the provisions of the Taubira law’, which made same-sex marriage legal. The law would not be retroactive. Le Pen’s change would also ban surrogacy (GPA) and limit medically assisted procreation (AMP) to only be available for those with fertility problems. The changes are, ironically, included under the headline ‘Allow everyone to find his place’.

Le Pen and NOM president Brian Brown have appeared at each others’ anti-LGBT rallies. Her National Front party is financially supported by the Kremlin to the tune of millions in “loans” and she has the loud support of Breitbart. And like with Trump, Le Pen’s cabal has a couple of highly-placed homocons, including her immediate subordinate, Florian Philippot.