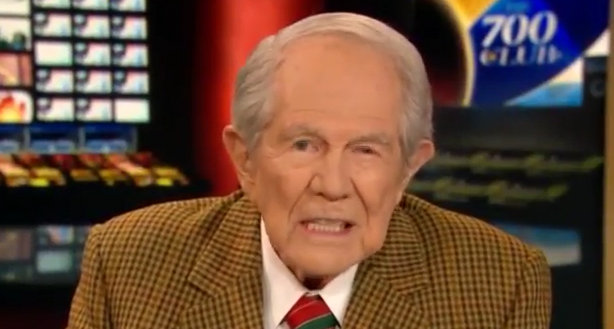 Pat Robertson: God Is Working On Trump’s Behalf So Opposing Trump Is Opposing White Jesus Himself

Yesterday, Pat Robertson declared that Donald Trump is God’s anointed leader and those who criticize him are really going up against God. Today, the “700 Club” host stayed on message, repeatedly linking Trump to God and condemning intelligence leaks as an unlawful attempt by Obama administration holdovers to “destroy Trump.”

“These Democrats would not acknowledge that he is a legitimate president and they’re going to try everything they can to destroy him,” he said. “In the meantime, God Almighty is working on behalf of our nation and on behalf of our president.”