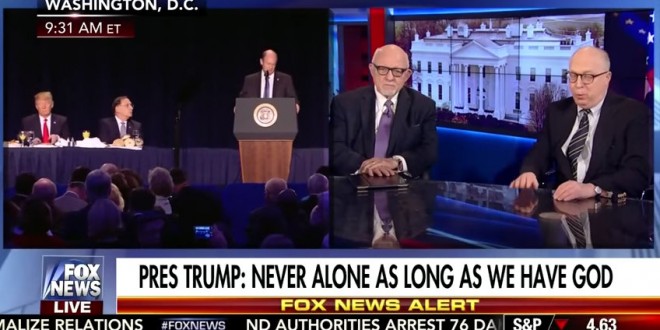 Fox News Analyst On Trump’s War Threat To Iran: It’s Like A Crusade, We’re Doing It Under God [VIDEO]

President Donald Trump and his administration put Iran “on notice” this week after it launched a missile, and conservative Fox News analyst Ed Rollins said it showed the president’s commitment to Old Testament-style toughness. Appearing on Fox on Thursday, Rollins linked Trump’s warning to Iran with the Bible, and said Trump and his team are modern-day Crusaders. “Clearly, this is a different kind of administration, a much tougher administration, and no nonsense,” Rollins explained. “It’s almost like it’s a crusade, we’re doing it under God.”