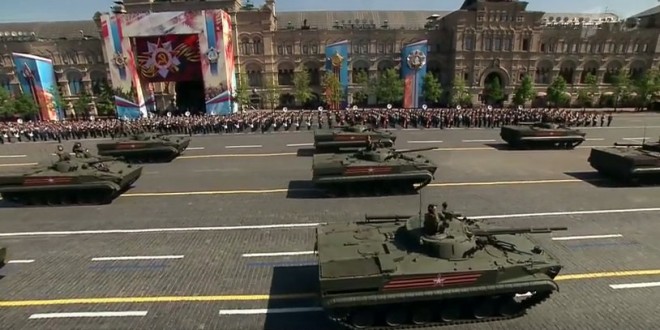 Part of being a great president is showing off America’s military strength, according to President-elect Donald Trump. The military “may come marching down Pennsylvania Avenue,” Trump told the Washington Post in an interview published Wednesday. “That military may be flying over New York City and Washington, D.C., for parades. I mean, we’re going to be showing our military.”

Trump spoke about his vision of military parades in vague terms, suggesting it was something he might oversee in the future. But according to several sources involved in his inaugural preparations, Trump has endeavored to ensure that his first day as commander-in-chief is marked by an unusual display of heavy military equipment.

During the preparation for Friday’s transfer-of-power, a member of Trump’s transition team floated the idea of including tanks and missile launchers in the inaugural parade, a source involved in inaugural planning told The Huffington Post. “They were legit thinking Red Square/North Korea-style parade,” the source said, referring to massive military parades in Moscow and Pyongyang, typically seen as an aggressive display of muscle-flexing.