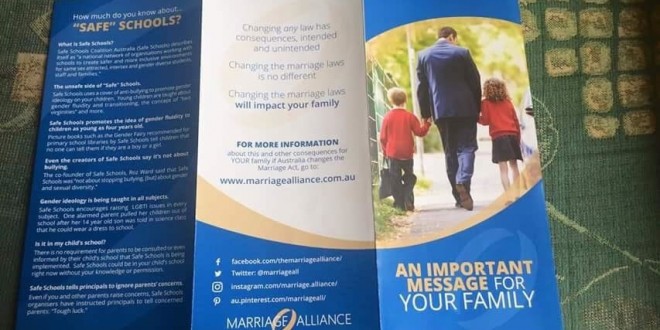 Natalie*, the older sister of a 13-year-old student at Kyabram P-12 College, told BuzzFeed News her younger brother had been handed a gift-wrapped flyer as he got off his school bus stop on Wednesday morning.

“Somebody got [on] the school bus yesterday at the school with gift-wrapped packages with these Marriage Alliance flyers in them,” she said. The man got on the bus and handed them to the bus driver, who then gave them to students.

The school district says they are looking into why the man was allowed to board the bus.

NOTE: The first draft of this post wrongly named Canada as the location for this incident. Victoria, Australia.