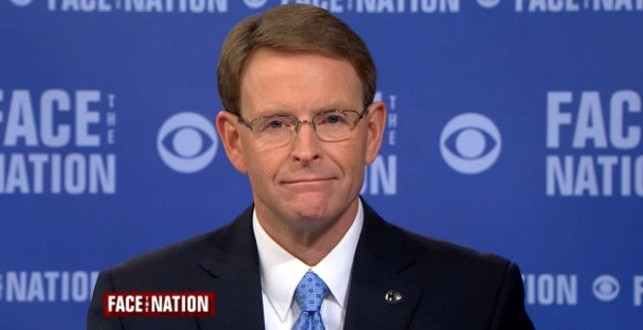 How do you know if a conservative message is effective? When the Left tries to shut it down! That’s the position our friends at 2nd Vote find themselves in after they launched a #AnywhereButTARGET campaign to build on the national boycott of a company that’s opened its bathroom and changing room doors to anyone in the name of “gender equality.”

After a string of peeping Tom incidents in Targets across America since the policy change, 2nd Vote wanted to remind shoppers where not to spend their Black Friday dollars. Turns out, their web hosting company didn’t take too kindly to the campaign and made the unilateral decision to shut 2nd Vote’s website down!

Leadpages, the company in charge of keeping the site up and running, pulled the plug after the #AnywhereButTARGET movement started gaining steam. In a letter from the company’s director of operations, Leadpages accuses 2nd Vote of being “hateful” and “discriminatory” for wanting to protect consumers from sexual predators.

“You see, at Leadpages, we strive to create an inclusive workplace that upholds the dignity of all people… We believe that embracing diversity of thought and perspective encourages collaboration that leads to product innovation, diverse products, and a successful business.”

Apparently, that “diversity of thought” doesn’t extend to conservatives, since executives went on to warn the organization to take down their campaign — or else they would. By 9 a.m. Thanksgiving morning, Leadpages carried out their threat in the ultimate display of cultural hypocrisy.

“Liberals who constantly tout tolerance and inclusion go out of their way to shut down ideas they disagree with. To say our campaign is about inequality, intolerance, hate, discrimination, or devaluing anyone is flat wrong; it’s about common sense and safety. But, some of the truest hate and intolerance we’ve seen has come from the liberal responses to our campaign,” said 2nd Vote’s Lance Wray. ”

#AnywhereButTARGET has reached over three million conservatives through several platforms. We’ve even added our Christmas Shopping Guide to the campaign that is giving these conservatives better choices on where to spend their Christmas shopping dollars.”

Unfortunately, this is a serious problem that’s only growing in the online world. Earlier this year, Google sounded the alarm that it would start cracking down on online hostility by combing the web for — and eliminating — hate speech. “Sort of like spell-checker,” the company said, “but for hate and harassment.”

Apart from the obvious problems — like censorship — conservatives have another concern. Who’s defining “hate?” Because how it’s defined will say an awful lot about who’s affected. If you ask most liberals, “hate” is seeing the world differently than them, believing in things like natural marriage or biblical sexuality.