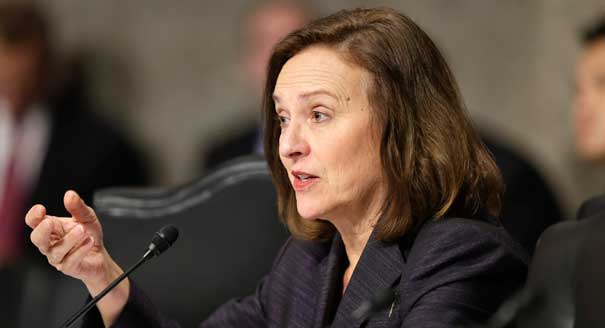 GOP Sen. Deb Fischer Flip-Flops On Her Call For Trump To Drop Out: I Never Said I Wouldn’t Vote For Him

Nebraska Sen. Deb Fischer on Tuesday reversed her call for Donald Trump to resign from the GOP ticket, telling a local radio station that it’s “not a tough choice” to back him just three days after she urged him to quit.

“I plan to vote for Mr. Trump and Mr. Pence on November 8,” she said on Nebraska’s KLIN. “I put out a statement … with regard to Mr. Trump’s comments. I felt they were disgusting. I felt they were unacceptable and I never said I was not voting for our Republican ticket.”

What Fischer had actually said was that “It would be wise for [Trump] to step aside and allow Mike Pence to serve as our party’s nominee.”

She said in the radio interview that she would no longer advocate that position because Trump had already made up his mind. (In fact, Trump tweeted barely an hour after Fischer’s call, that he would “never” quit the race.)