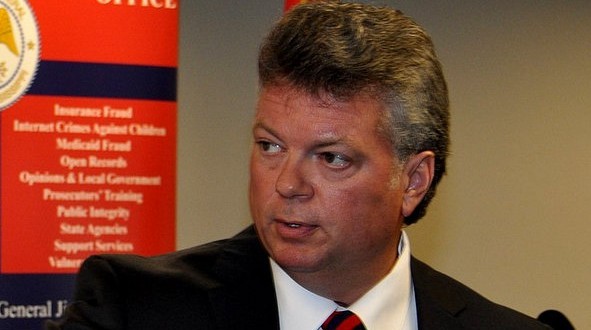 The lawsuit was filed on behalf of five Mississippi residents who say they were convicted under various sodomy prohibitions, including the “unnatural intercourse” law, and Louisiana’s “crime against nature by solicitation” law.

Their convictions in Mississippi, or out-of-state convictions for violations of sodomy statutes “that Mississippi deems equivalent to unnatural intercourse,” requires them to register as sex offenders, according to the lawsuit, which was filed Friday in Southern Mississippi federal court.

The plaintiffs — who used pseudonyms in the lawsuit to protect their identities — say the law is discriminatory and unenforceable in light of the U.S. Supreme Court’s 2003 ruling in Lawrence v. Texas invalidating all state laws against gay sex as unconstitutional.

They sued Mississippi Attorney General Jim Hood [photo] and four other officials, including law enforcement leaders. “Despite this clear proclamation made more than a decade ago, Mississippi continues to enforce its criminal statute prohibiting sodomy, title unnatural intercourse, by requiring people convicted of unnatural intercourse to register as sex offenders and follow myriad, onerous prescriptions on their everyday life,” the 29-page complaint states.

All five plaintiffs have been convicted of a “crime against nature committed with mankind,” one dating back to 1979. Arthur Doe says in the complaint that he has one conviction under the state’s unnatural intercourse law and no other convictions that would trigger registration requirements in Mississippi.

Previous GOP Sen. Deb Fischer Flip-Flops On Her Call For Trump To Drop Out: I Never Said I Wouldn’t Vote For Him
Next OHIO: Hillary +9 In New Post-Debate Poll