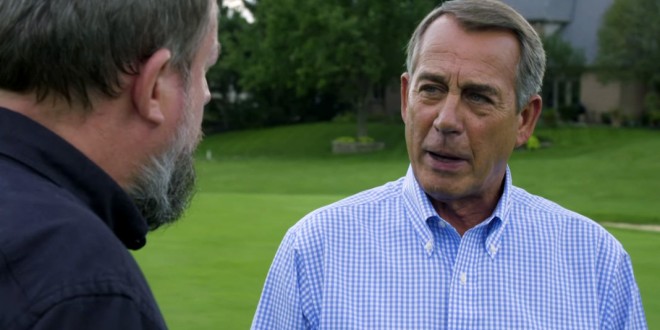 Former Speaker of the House John Boehner says that despite numerous problems with the Republican presidential nominee, he is committed to vote for Donald Trump in November. “He is not a conservative. He is barely a Republican,” Boehner said in an interview with Vice News that was previewed Tuesday night.

“But his ideas, when you can get to them, are frankly more in the direction of what I would want the country to go to than Hillary Clinton. I like Hillary Clinton, I’ve known her for a long time, worked with her. She is not a bad person but [it would be] more of the policies we see now in the Obama administration.”

Boehner then said that although Trump was not one of his top three of his choices in the Republican primary, he will vote for him anyway. “While Donald was not my first choice, wasn’t my second choice, and for that matter he wasn’t my third choice — but he’s the nominee and I am going to vote for him.”

Previous Kellyanne Conway On Donald Trump’s Threat To Jail Hillary: We’ll Have To See Once He Is Elected [VIDEO]
Next GOP Sen. Deb Fischer Flip-Flops On Her Call For Trump To Drop Out: I Never Said I Wouldn’t Vote For Him