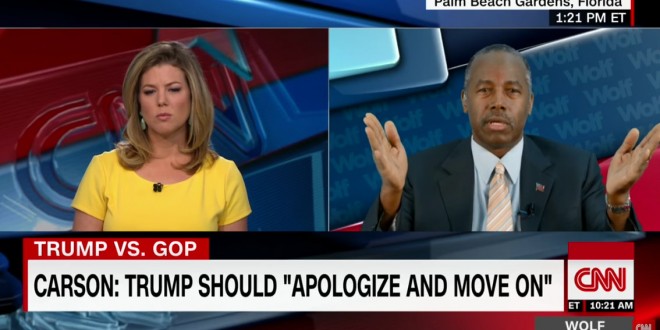 Ben Carson On #Pussygate: All Men Talk Like That And If You Don’t Know It, That’s Your Problem [VIDEO]

“I’ve heard people talking like that. Of course. Are you kidding me?” the former Republican presidential candidate told CNN’s Brianna Keilar. “As I was growing up, people were always trying to talk about their sexual conquests and trying to make themselves appear like Casanova.”

Carson, who supports Trump, said that at the time they were recorded — nearly 11 years ago — the Republican presidential candidate was a “billionaire playboy,” adding that he had personally heard people speaking in a similar manner about women in the past. When Keilar said she had never heard such lewd comments made, Carson said: “Maybe that’s the problem.”