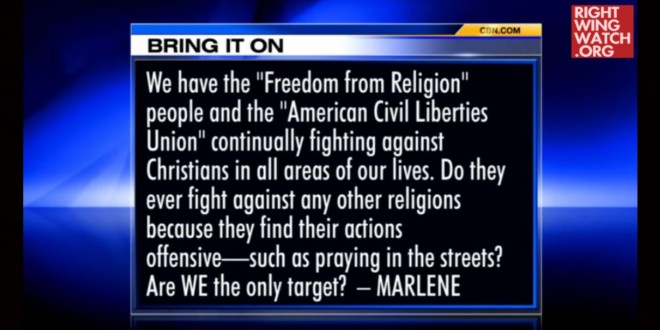 Pat Robertson: Satan Is Behind The Battle To Maintain The Separation Of Church And State [VIDEO]

But you knew that. Right Wing Watch recaps the response to the above viewer question:

“They fight against Christianity because Christianity touches the souls of people and the devil regards Christianity as a threat, and of course it is a threat because we’re going to overturn him and his kingdom.”