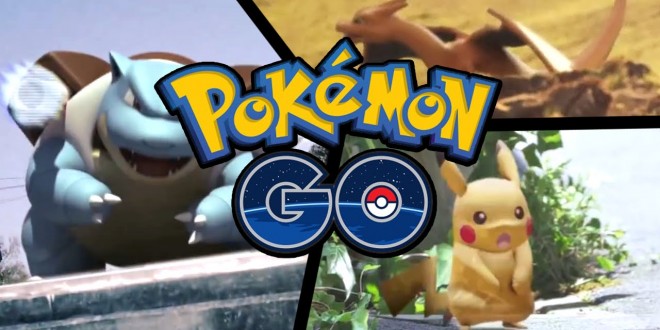 The game, which marries a classic 20-year old franchise with augmented reality, allows players to walk around real-life neighborhoods while seeking virtual Pokemon game characters on their smartphone screens – a scavenger hunt that has earned enthusiastic early reviews.

In the United States, by July 8 – two days after its release – it was installed on more than 5 percent of Android devices in the country, according to web analytics firm SimilarWeb.

It is now on more Android phones than dating app Tinder and its rate of daily active users was neck and neck with social network Twitter, the analytics firm said. The game is also being played an average of 43 minutes a day, more time spent than on WhatsApp or Instagram, it added.

A word of caution from Wired:

Augmented reality gaming app Pokémon Go has taken the world by storm but the iOS version of the game is causing privacy concerns over how much data it has access too.

The Apple version of the hugely popular game – so popular in fact, Nintendo has seen a massive valuation boost since its launch on July 4 – has permission to access a vast array of personal data from Google accounts.

Pokémon players logging into the iOS app with Google accounts grant it certain access permissions by default. But unlike other applications, the game doesn’t display what permissions will be granted. As first noted by computer architect Adam Reeve, the app for iOS is granted permission to access Gmail, Google Drive data, and full access to all data in the Google account.

Many of my Facebook friends seem obsessed with this game.

Previous Pat Robertson: Satan Is Behind The Battle To Maintain The Separation Of Church And State [VIDEO]
Next Hillary’s Polling Lead Narrows After Tough Week