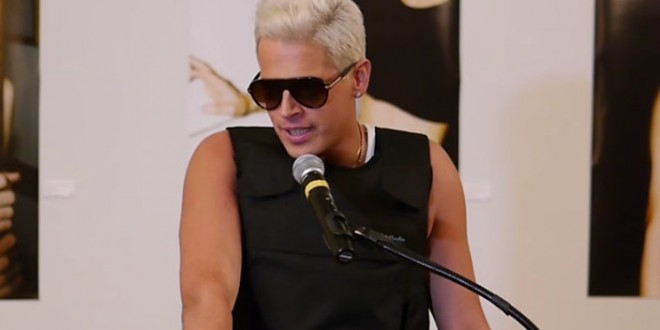 But today Mediaite smartly points to just four years ago when Yiannopoulos literally called for censoring and banning internet trolls. He wrote:

It’s clear that existing hate speech laws are inadequate for the social media era. And if we decide, as we perhaps might, that a lifetime ban on the internet is unworkable and disproportionately punitive, given the centrality of the internet to our professional and personal lives these days, what on earth are we to do? No one has yet offered a convincing answer. In the meantime, we are all, bit by bit, growing ever more fearful of the next wave of molestation.

Together with other commentators, I have in the past argued for verified identities on social networks, so those responsible for abuse and persecution of public figures and the vulnerable might be held accountable for their actions. That seems redundant when trolls are now so brazen they don’t care about disapproving words from their loved ones back inside Facebook when they leave furious missives using that social network’s commenting system elsewhere on the internet.

So perhaps what’s needed now is a bolder form of censure after all, because the internet is not a universal human right. If people cannot be trusted to treat one another with respect, dignity and consideration, perhaps they deserve to have their online freedoms curtailed. For sure, the best we could ever hope for is a smattering of unpopular show trials. But if the internet, ubiquitous as it now is, proves too dangerous in the hands of the psychologically fragile, perhaps access to it ought to be restricted. We ban drunks from driving because they’re a danger to others. Isn’t it time we did the same to trolls?

Meanwhile last night’s Gays For Trump hate fest at the GOP convention turned into a #FreeMilo event. Watch below as he shucks his bulletproof vest after being introduced by GOProud founder Chris Barron and Jim “Stupidest Man On The Internet” Hoft. And please do take notice of the disturbing NAMBLA-esque artwork adorning the walls of the venue.