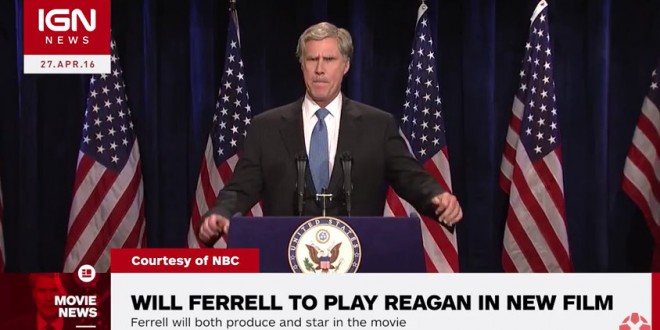 Will Ferrell To Play Ronald Reagan With Alzheimer’s

Penned by Mike Rosolio, the story begins at the start of the ex-president’s second term when he falls into dementia and an ambitious intern is tasked with convincing the commander in chief that he is an actor playing the president in a movie.

The script was so popular following its announcement on the Black List, an annual catalog of the top unproduced scripts in Hollywood, that a live read was done recently done in March starring Lena Dunham and John Cho.

Breitbart is furious, noting that Reagan was not diagnosed with Alzheimer’s until five years after he left office.