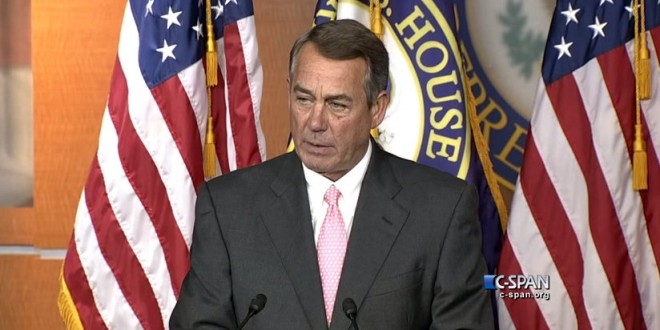 John Boehner: Ted Cruz Is Lucifer In The Flesh

It’s well-known that John Boehner doesn’t like Ted Cruz, but DAMN. From the Stanford Daily:

“You can call me boner, beaner, jackass, happy to answer to almost anything,” said former Speaker of the House John Boehner as he took the stage at CEMEX Auditorium on Wednesday evening.

Much of the discussion – and laughs – focused on Boehner’s views on the current presidential candidates. Segueing into the topic, Kennedy asked Boehner to be frank given that the event was not being broadcasted, and the former Speaker responded in kind. When specifically asked his opinions on Ted Cruz, Boehner made a face, drawing laughter from the crowd.

“Lucifer in the flesh,” the former speaker said. “I have Democrat friends and Republican friends. I get along with almost everyone, but I have never worked with a more miserable son of a bitch in my life.”

Boehner went on to say that he is “texting buddies” with Donald Trump.

Previous Will Ferrell To Play Ronald Reagan With Alzheimer’s
Next George Takei To Bernie Backers: End This “Family Squabble” And Unite Behind Hillary Clinton [VIDEO]