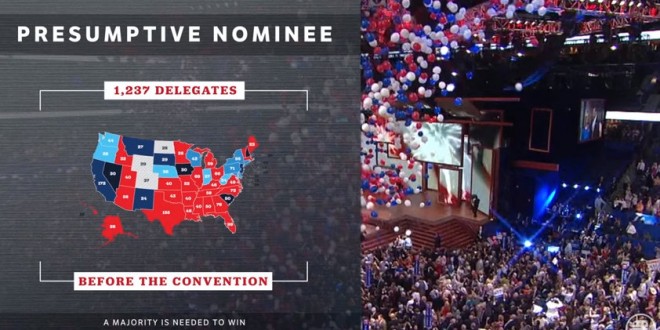 GOP Continues Campaign On Thwarting Donald Trump: Why Live Under Rules Of Past Conventions? [VIDEO]

Teabagistan is going nuts this morning after the GOP released a “convention facts” video which explains how possible rule changes at this year’s convention might be used to select the nominee. Watch below. Last week the GOP launched a website on the same topic. The key quote in the video comes from Sean Cairncross, RNC Chief Operating Officer:

“But maybe you still don’t understand why’s all this necessary? Why can’t the rules stay the same for each convention? Listen, if you were a delegate you wouldn’t want to be governed by the rules of past conventions. There’s no reason that the rules that governed Romney’s delegates should be used to govern you. After all, this is a new convention for new candidates.”